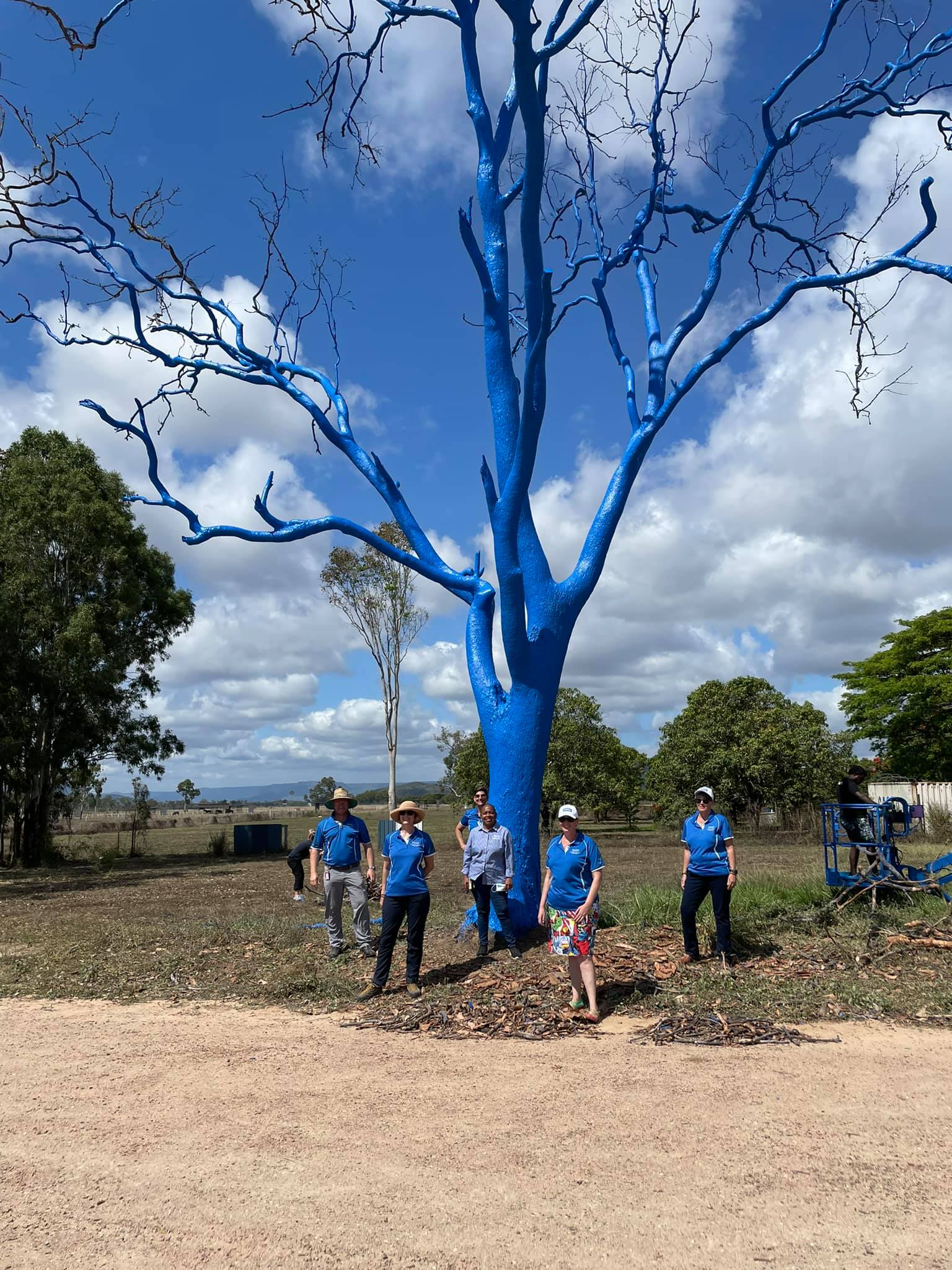 A big tree on the side of the highway in Yabulu has been painted blue in a bid to get people talking about mental health.

It’s part of a nationwide campaign called the Blue Tree Project, with the Townsville masterpiece being unveiled amid Mental Health Week.

Townsville’s Assistant Police Commissioner Mark Wheeler says there 65,000 calls related to attempted suicide across Australia each year and Townsville is not immune.

“[There are] about 2,300 calls for service every year relating to mental health issues [in Townsville].”

“That’s six to eight calls every shift that our police are going to.”

It is hoped people will see the striking blue tree and take action to help themselves and others.

“We ask people to reach out, check on your friends, check on your mates and people who are struggling, reach out to the services online when you go to the Blue Tree Project,” Commissioner Wheeler says.

AJ’s Paint had the mammoth task of painting the tree.

Owner Anthony Williams says it was no easy feat and took them three days.

“The tree originally was completely covered in bark but the bark was falling off…that took almost two days to scrape the bark down for two of us off the boom lift.”

He says they used 90 litres of paint, with locals helping paint the bottom of the tree.

Mr Williams says it was an important project for him personally.

“Mental health is sort of like a massive part in everyone’s life, it affects everyone in some way whether it be themselves or somebody they know.”

“I know it affects me pretty heavily, I’m always having some good times and some bad times, life’s like a roller coaster I guess.”

“The ability to go out and paint this tree blue to try and help somebody else, create a discussion, to get themselves the help that they may need, I think it couldn’t be a better cause.”

The Yabulu tree is among 650 across the country that have been painted as part of the Blue Tree Project.

To find out more about the initiative head to https://www.bluetreeproject.com.au/ 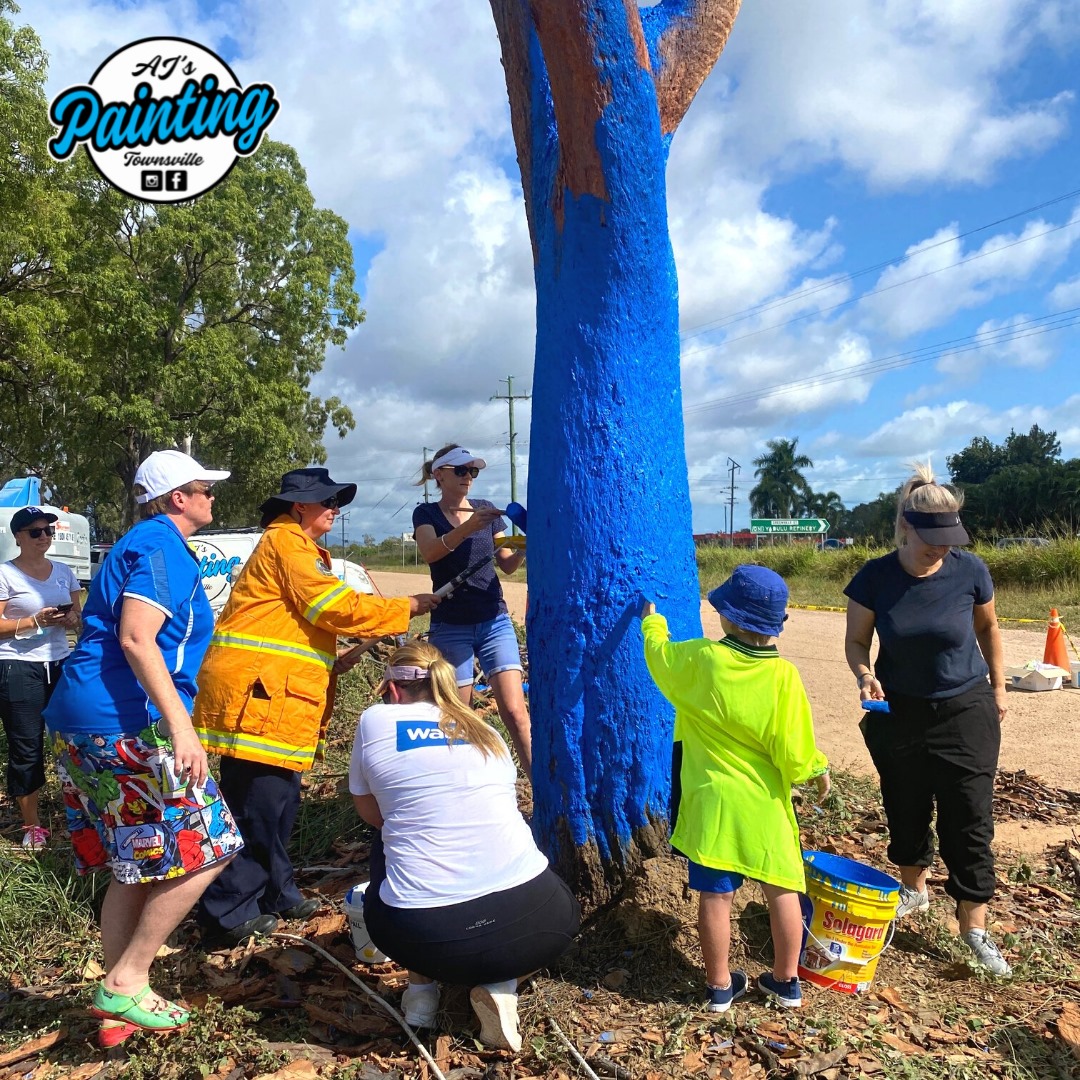