Cassowaries, found to be once bred by humans, now threatened by them 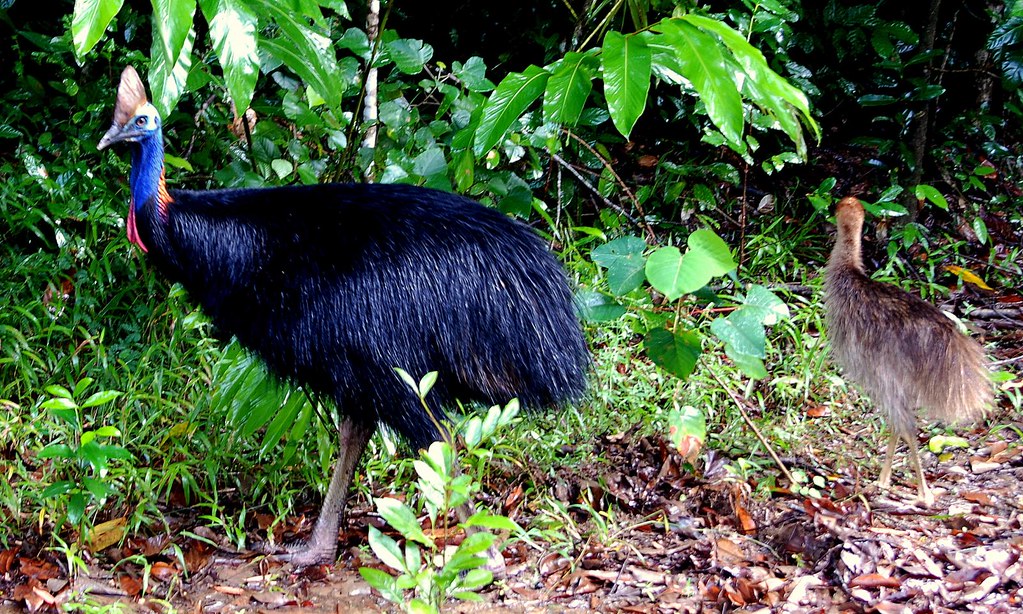 Cassowaries could have been bred by ancient humans 18,000 years ago according to a new study.

The research suggests their eggs were systematically harvested in Papua New Guinea for their feathers, meat and bones.

A team of anthropologists from Australia and overseas used 3D imaging and modelling to examine ancient eggshell fragments, which led them to determine when the practice occurred.

“Up in Papua New Guinea cassowaries are still sought after as a food source and as a sort of totem symbol type thing.”

Ironically, the giant birds are endangered in North Queensland, which Dr Laurisden says is due to human interaction.

“People feeding them literally just brings them into contact with pet dogs, car strikes whereas if the cassowaries were to stay in the bush where they belong, there would be a lot less chance of having that sort of interaction.”