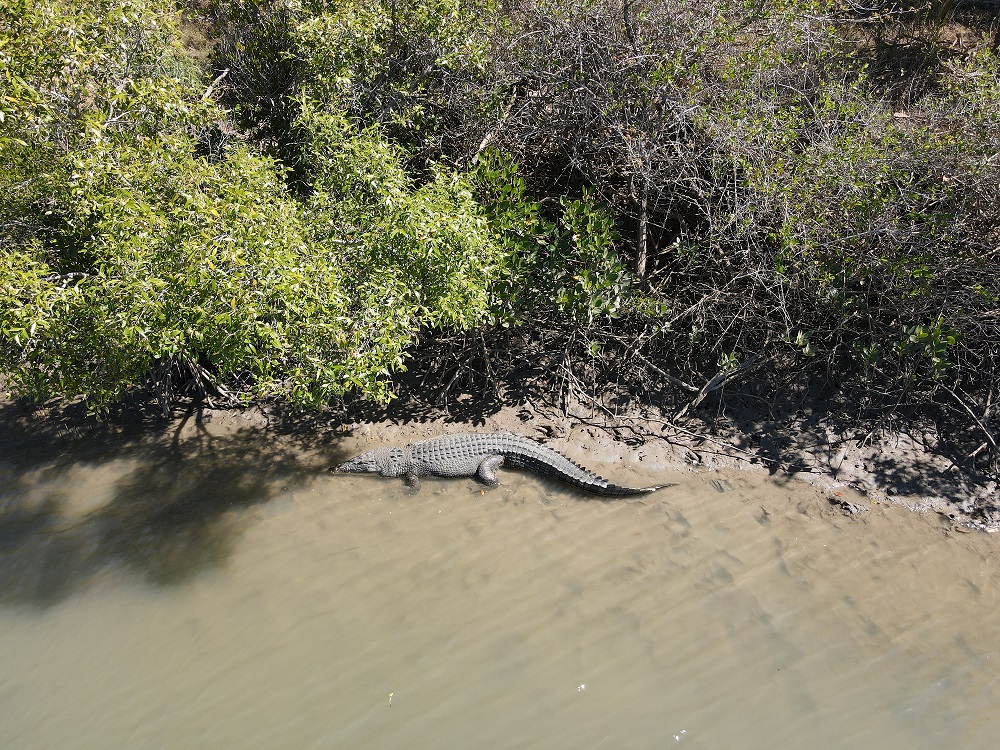 A 3.8m crocodile has been removed from the wild near Saunders Beach, north of Townsville, prompting a warning for fishers to take care with fish and bait.

A member of the public spotted the large salty sunbaking and swimming near boat ramps and a pontoon at Purono Park, near Althaus Creek.

Department of Environment officers believe the predator was in the area because people had been either deliberately or unintentionally feeding it fish scraps or bait.

The crocodile was captured in a baited trap on Thursday, and will be rehomed at a farm or zoo.

It took the bait within 90 minutes of the trap being set, suggesting the croc was used to feeding on fish frames and scraps.

A DES spokesperson is warning fishers against leaving behind meat as it can encourage crocodiles to stay in the area, and it can make it more difficult to manage their behaviour.

The penalty for deliberately feeding crocodiles is $5,222 and anyone with information about the deliberate feeding of crocodiles should call DES on 1300 130 372. 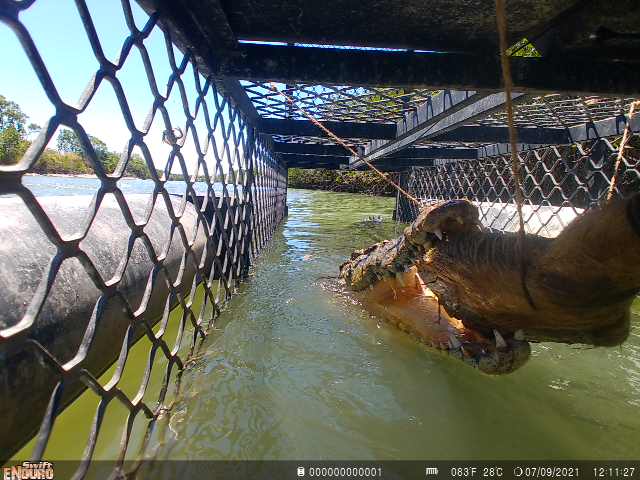