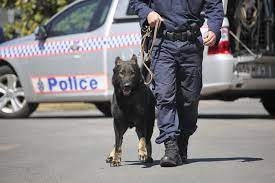 The trial of the GPS trackers for youth offenders is being slammed by the Opposition after it was revealed not one ankle bracelet has been ordered since the program began.

In April, the Queensland Government passed reforms to allow courts to fit repeat offenders aged 16 and 17 with GPS trackers and deny them the presumption of bail, if they commit a crime whilst on bail.

The pilot is underway in Townsville, North Brisbane, Moreton, Logan and the Gold Coast.

But Shadow Police Minister Dale Last is calling for the trial to be suspended for an urgent review into why not one tracker has been issued, labelling the pilot as a "dismal flop" and far from the "tough" approach to crime as touted by the government.

"Police are out there locking up offenders, they would dearly love to have these re offenders fitted with the GPS trackers so they can monitor their movements - that isn't happening at the moment," Mr Last says.

He is blaming issues with 4G reception across the city, saying it isn't strong enough to allow monitoring of a teen on bail.

"In Townsville, it has been shown they can't monitor these GPS trackers across the city."

But the Minister for Youth Justice Leanne Linard says the government is committed to giving courts the tools needed to help protect communities.

"The courts determine how and when they will use them," Ms Linard says.

"Where young people have been assessed and not deemed suitable for an electronic monitoring device as a condition of bail, courts have applied other bail conditions such as curfews, regular supervision as well as denying them bail where they are remanded in custody."

Police have acknowledged the changes in bail laws as positive and noted a reduction in offending in Townsville in recent weeks, she says.

The youth justice reforms are being monitored and will be reviewed at six months, with an independent evaluation to happen after a year.