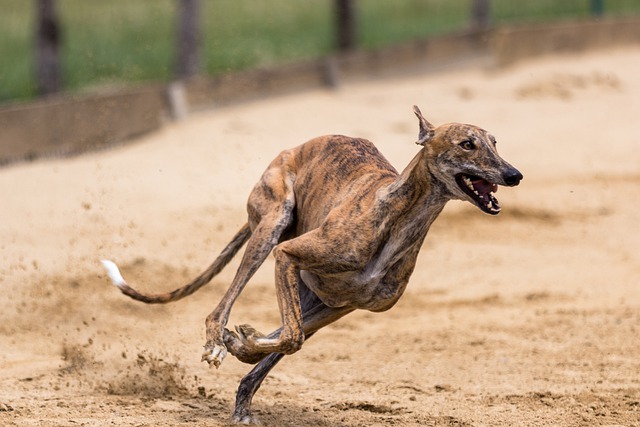 A greyhound had to be euthanised at the Townsville racetrack over the weekend, marking the second death of a racing dog this year.

The steward’s report from Sunday shows Sketchy A Bit collided with another dog on the back straight and fell.

The report stats the three-year-old broke a foreleg and had to be put down on the track by a vet.

Coalition for the Protection of Greyhounds director Annie Hendley wants to know why the dog wasn't put into the Race Meeting Injury Scheme, which allows racing animal owners to claim up to $5000 in vet bills.

“Sketchy A Bit ran more than 100 races in her career – why wasn’t she put into an injury recovery scheme? Where is the loyalty to this poor dog?”

Her message: "Take better care of the dogs, use the injury rebate scheme, don't just euthanise them because they'll never be as fast again because their legs are broken."

Thirteen greyhounds have now died on Queensland tracks this year, with Brisbane’s Albion Park the deadliest track in Australia with seven deaths. Bundaberg has also seen two deaths, while Rockhampton and Ipswich have recorded one each.

Ms Hendley says in an ideal world, greyhound racing would be banned in Australia; however, at the very least, she is calling for tracks to be made safer and better protection for greyhounds.

She says a lack of regulation allows greyhounds to be pushed to their limits, resulting in death.

In a written statement, a Racing Queensland spokesperson says the greyhound industry has made significant strides to better protect animals in recent years.

“The adoption of the Race Meeting Injury Scheme – along with the Queensland Racing Integrity Commission’s enhanced protocols around the treatment of on-course injuries – have been designed to place animal welfare at the core of our day-to-day activities.

“Put simply, the Race Meeting Injury Scheme has been designed to remove any barriers that may exist for Queensland participants to rehabilitate their greyhounds.

“The establishment of the Greater Brisbane Greyhound Centre is illustrative of our commitment to strengthening the animal welfare outcomes for the code."