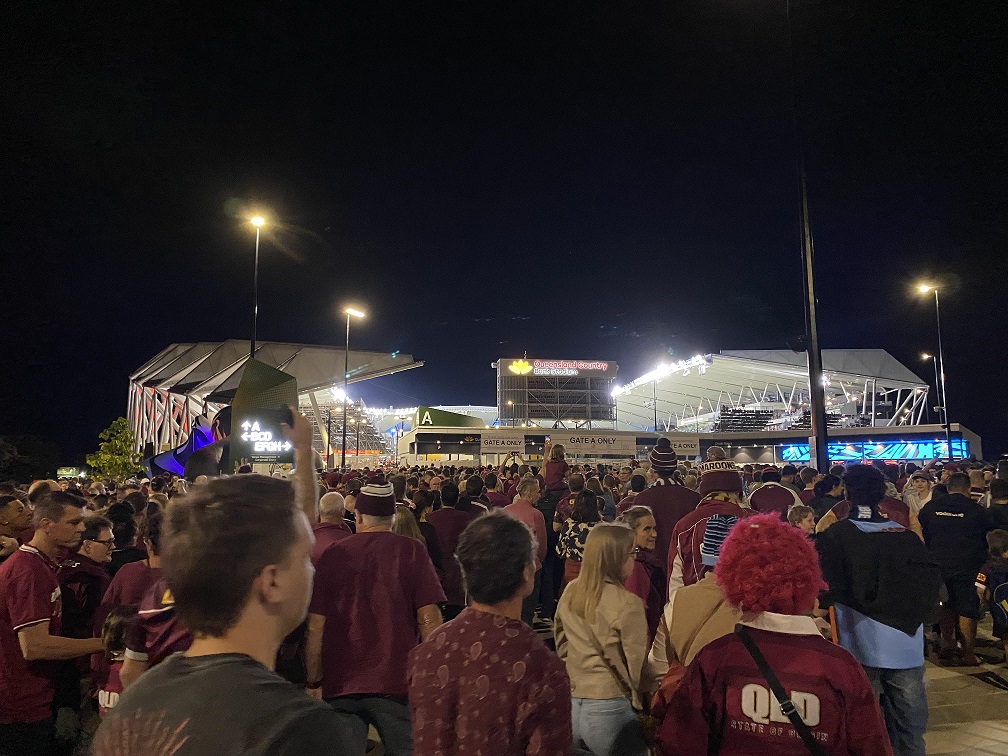 Townsville police have praised State of Origin revellers for their “exemplary” behaviour with officers only making a handful of arrests.

Two 28-year-old men were arrested for allegedly going onto the field at Queensland Country Bank Stadium after the Blues thrashed the Maroons 50 to 6.

It is an offence to enter a field of play, and both men have been released on bail to reappear in court later this year.

Inspector Damien Crosby says these were the only arrests within the stadium, which is “extremely low” given there was 28,000 people packed in to watch the clash.

“Despite the volume of people, the stadium, the public events and entertainment precinct were all basically incident free – thumbs up to the people of Townsville.”

After the match, a sea of rugby league fans went to drown their sorrows or celebrate – depending on which state they support – headed into the CBD.

Inspector Crosby says about seven arrests were made there.

“To be honest, with the volume of people...we couldn’t be happier with the conduct of the crowd.”

Extra police were patrolling public events held at Flinders Street, Riverway and Northern Beaches but it all stayed family friendly.

“There was a lot of excitement, a lot of passion, but people behaved themselves.”

During the game, officers also patrolled the suburbs to target property crime, which Inspector Crosby says was down overall.

“We do have property crime challenges in Townsville – there is no doubt about that.

“But we had a relatively pleasing night on State of Origin night when it came to stolen cars and unlawful entry.

“Having said that, we aren’t going to be complacent and not going to relax our resource base and strategies we are using to target those causing disruption.”