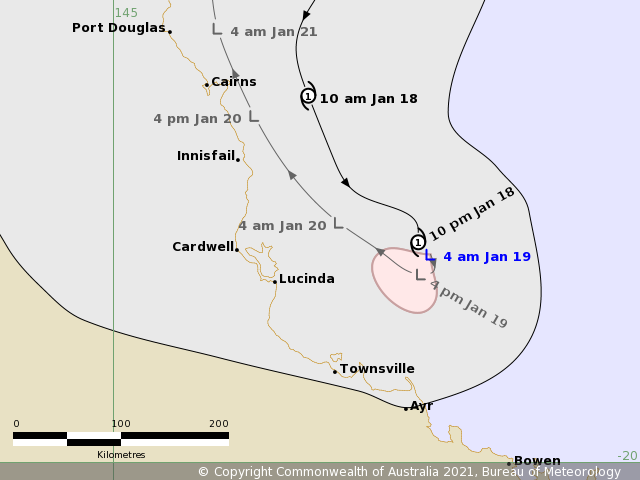 Heavy rain could still lash towns between Innisfail and Proserpine despite ex-tropical cyclone Kimi softening off the North Queensland coast.

Residents have been spared with the system weakening to a tropical low early this morning. It didn't make landfall as first predicted, and now sits about 135 kilometres north of Townsville.

The threat for people living in coastal towns, however, is far from over.

BOM forecaster Dean Marramore says strong and gusty winds will impact exposed areas along the coast, as well as the islands, such as Hinchinbrook Island.

Up to 50 millimetres of rain could fall in some towns, where people are still mopping up from ex-tropical cyclone Imogen hit two weeks ago.

Strong wind warnings are in place for Cairns and Townsville waters, and minor flooding is expected.

"Much of the north tropical coast did receive a bit of rainfall in the last couple of weeks so any rivers in the region could respond quickly to any rainfall," Ms Hoff says.

"However, we are expecting the flood situation to ease through today now that ex-Tropical Cyclone Kimi has weakened," she says.

The tropical low is predicted to remain off-shore and track further north towards Cairns from tomorrow. 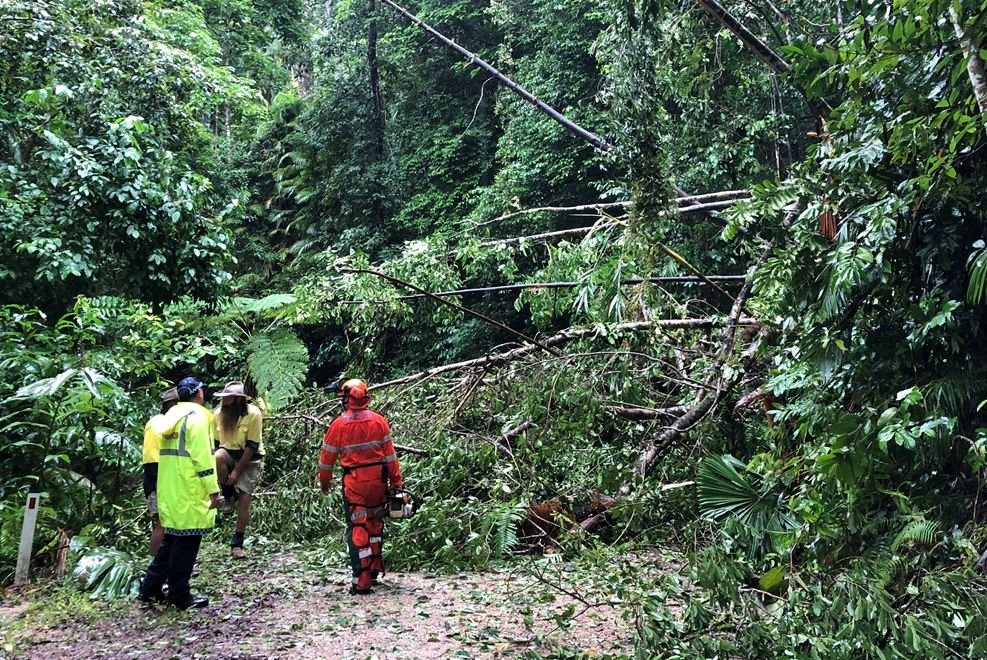 Cassowary Coast Mayor Mark Nolan says even though the sun is shining today, there are concerns for banana and cane crops if there is another deluge of rain.

The region is waterlogged due to intense rain from ex-tropical cyclone Imogen, councillor Nolan says.

"If the tropical low brought heavy rain with it, it could have an impact on our crops in particular the bananas and sugar - we don't want that crop going underwater.

"In terms of our roads, any flood could do some damage in that regard and right now we don't want to see anymore in the Cassowary Coast region."