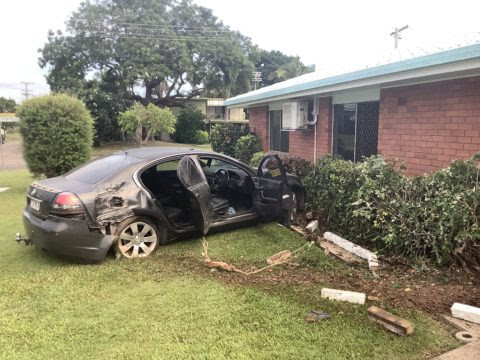 A teenager is in custody and three other youths remain outstanding after a stolen vehicle crashed into a property in Kirwan this morning.

Police will allege at 6.20am a stolen grey Holden Commodore sedan has crashed into a home on Tapiolas Street.

Four youths were seen running from the vehicle.

Neighbours who witnessed the incident held one of the youths until police arrived.

The teenage boy was taken into custody by police without incident and he was taken to Townsville University Hospital for examination.

No injuries were sustained by the occupants of the property.

Police are seeking assistance from members of the public who may have witnessed this incident or have any information to contact police.