Bottle-o thief bumps cars before arrest - A man has been charged after robbing a bottle shop while armed with a firearm then driving off and crashing into four parked cars near Fremantle.
Man critical after punch to face in Sydney - A 20-year-old from Sydney's northern beaches has been labelled "vile" by the NSW government after he allegedly assaulted a man in Sydney's C ...
Onlookers help Perth sexual assault victim - Police say a woman who was sexually and physically assaulted in Perth's CBD could have been more seriously injured if not for members of the public in ...
BOM: Flood Watch - Major flooding is possible in parts of the Flood Watch area early next week. Heavy rainfall will continue in the Flood Watch area over the next few ...
Teen stabbed in attack in Sydney's north - A 17-year-old boy has been stabbed, and hit with a tree branch and a skateboard when five other male teens attacked him on Sydney's upper north shore.
Truckie charged over NSW fatal load spill - A man has been charged after debris from his truck allegedly struck a car fatally injuring a woman in western NSW.
Eye surgeon Australian of the Year 2020 - * AUSTRALIAN OF THE YEARJAMES MUECKE AMAdelaide eye surgeon James Muecke has dedicated his career to blindness prevention and ophthalmic research.
Footage sought over suspicious Perth blaze - A bushfire in Perth's northern suburbs is being treated as suspicious, with police seeking footage of a car seen in the area.
Vic drink driver nabbed with child in car - A driver has been nabbed four times the blood-alcohol limit with her daughter in the car in Victoria's Gippsland region.
Qld father charged with baby son's murder - A 27-year-old man has appeared in court charged with the murder of his four-month-old son. 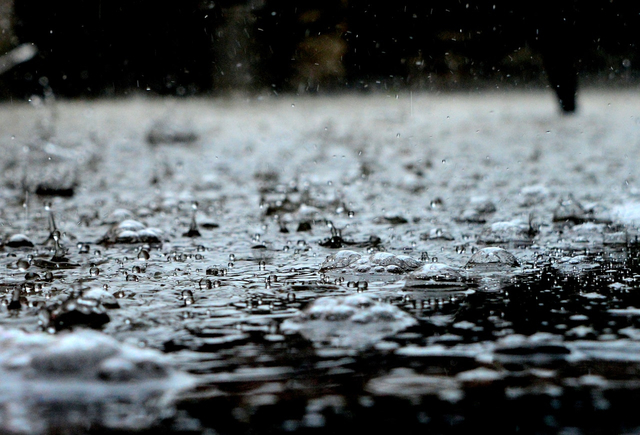 The Mount Isa and Longreach Bureau of Meteorology rain radars are both simultaneously out of action for ‘routine’ and ‘corrective’ maintenance, despite it being the start of the monsoon and cyclone season according to Member for Kennedy Bob Katter.

He said residents, farmers, and graziers from Blackall to Burketown were given no prior warning of the outage and are understandably furious.

Mr Katter is wondering whether the bureaucrats who scheduled the maintenance came down in the last shower?

“Only 12 months ago half a million livestock were lost during severe flooding from a monsoonal rain event,” Mr Katter said.

“Now they think it’s appropriate to schedule maintenance on two vital radars during the middle of the wet season?

“We have the most volatile weather in the country, with the highest rainfall, and the Government thinks it’s a good idea to take our only source of data offline?

“Why wasn’t this done during winter?

“Farmers, mining camps, ships at sea, residents and tourists all use these services to prepare and proactively manage risks.

“Cyclone and Monsoon events can come on suddenly and every bit of information counts.”

Mr Katter is calling on the Federal Government to build rain radars every 250 kilometres in regional Australia.

“The Federal Government promised to build new radars at Hughenden and Richmond, but they won’t be delivered for another two years – this isn’t acceptable.” Mr Katter said.

“The construction of a radar at Croydon is also a priority, as the Mornington Island radar can go down for months at a time.

“Queensland’s beef export industry is worth more than $5 Billion annually, much of which is produced in the central and north west of the state.

“These hard working battlers do not deserve to be left in the dark when it comes to getting a weather forecast.”

The Bureau of Meteorology has reacted to the criticism.

A spokesperson said the Mount Isa radar is currently down for scheduled maintenance, as part of its routine servicing arrangements. This means there will be periodic outages.

The spokesperson also advised that it was possible to turn the radar back on should severe weather be approaching.

The radar is expected to be back in operation on Friday (17 January).

The Longreach Radar is undergoing corrective maintenance.  It is expected to be back online today (14 January).

The spokesperson said, "Like most mechanical and technical equipment, the radar network operates best when it is properly maintained. The Bureau's maintenance schedules are designed to keep the radars in the best working order and continuing to perform their important role".

"Much like the routine servicing of a car, the scheduled maintenance program helps reduce the risk of unplanned issues.

"The Bureau does not rely on any one system and uses a broad network of data sources, computer modelling and meteorological knowledge to generate its forecasts and warnings.

"Our resilient systems allow us to produce reliable warnings and rainfall forecasts in areas where there is little or no radar coverage.

"We understand radar outages are a source of frustration to the community and are working hard to restore service as quickly as possible" the spokesperson concluded.