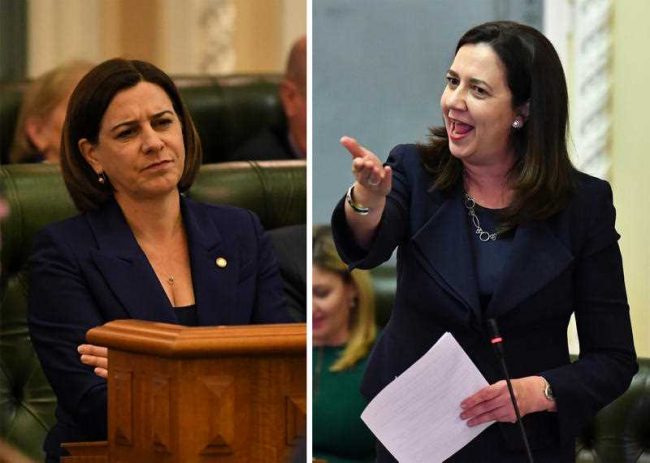 “The LNP will take decisive action to get Queensland bushfire-ready in wake of the incredible tragedies we have seen in New South Wales and Victoria,” Ms Frecklington said.

“In a bushfire-prone state like ours, the government must stop at nothing to ensure communities are kept safe.

“Queensland has faced its own bushfire catastrophes in recent years, but the Palaszczuk Labor Government has failed to learn lessons and strengthen policies.”

The LNP’s 10-point-plan is the culmination of recommendations by the Inspector General Emergency Management (IGEM), listening to the concerns of stakeholders, and implementing the advice of Queensland’s expert rural firefighters.

“The LNP will make sweeping improvements to Queensland’s bushfire strategy to make the state more prepared and more able to respond in emergencies,” she said.

“Queensland needs a modern strategy to mitigate and respond to bushfires and the LNP has the plan to deliver it if elected in October’s election.

“The LNP will do whatever it takes to keep communities safe from bushfires.”

One-stop-shop for streamlined approval process
The LNP will establish a single point of contact for landholders and councils to submit all bushfire mitigation inquiries and permits to the Government, as recommended by the 2018 IGEM report. This was only accepted in-principle accepted by Labor Government.

Deemed approval after 15 business days under a "right to burn" model:
Properly made applications will be automatically approved after 15 business days to give landholders and councils certainty.
This will stop permits getting lost in bureaucratic process and restore accountability and bring certainty to landholders and allow government to scale up or down resources to respond to demands for permits.

Establish a Natural Disaster Cabinet Committee to monitor preparations
The group will be chaired by the Emergency Services Minister and QFES Commissioner. It will monitor the progress of state departments and land-holders conducting hazard reduction activities.

Monitored grazing in state forests and some national parks to manage fuel loads:
The 2018 IGEM report cited grazing as a measure used in conjunction with a suite of hazard reduction measures.
Grazing will be monitored to protect the environment but also manage fuel loads.

Establish urban-based Rural Fire Volunteer brigades:
Just like in Sydney and Melbourne where brigades exist that are manned by urban volunteers that can be called on during extreme bushfire events, a similar model should be investigated in Queensland to make use of the large number of SEQ based volunteers.

Restore local control to Rural Fire brigades
This will restore recent management structure changes that pushed local fire brigades under the reporting authority of regional urban fire groups. The Rural Fire Brigade Association of Queensland has been very vocal in calling for brigades to be able to report back through the rural fire assistant commissioner rather than through the urban fire system.

Establish a Rural Fire Board
The Rural Fire Board will be made up of elected rural fire brigade members from across Queensland as well as members appointed by the Government.

Review of aerial firefighting capability
A review and stocktake of aviation fire assets in Queensland to ensure the state’s capacity will accommodate future increased fire risks.

We’re well past the time when politics are welcome in the discussion about bushfires, Acting Minister for Fire and Emergency Services Leeanne Enoch said.

"Many of the LNP’s suggestions – a one-stop-shop for bushfire information, indigenous methods, grazing to manage fuel loads and local management of fires – are already part of Queensland’s fire management.

"There are many things like the open days held at more than 60 fire stations last year to better prepare our communities for the bushfires that are not on the LNP’s list.

"More than a million hectares were control-burned last year to manage our fire risk."

Less than two per cent of Queensland's 2019 bushfires started in national parks.

"And yet the LNP persists in ignoring these facts because it suits their politics.

"They continue to argue about the legitimacy of climate change and its real-world impact on rural Queensland.

"Ten-point plans are for pamphlets.

"How we best prepare for and fight fires is a job requiring teamwork and the very best firefighters in the business.

"Ours have proven themselves time and time again.

"We will continue doing what we have always done – investing in our capability, learning from our last natural disaster to better prepare ourselves for the next."